‘He volleyed a ball in training and hasn’t been the same’: Mystery injury casts doubt on Andy Carroll’s Newcastle future with club uncertain of what the issue is or when he’ll return

By Craig Hope for MailOnline

A mystery injury has cast doubt on Andy Carroll’s Newcastle future with the club unable to determine what the problem is or when he will return.

Sportsmail revealed in November that the striker was suffering from a problem around his ribs, and that has since been labelled a ‘hip’ issue by boss Steve Bruce.

However, Bruce now says the injury is not his hip and, despite their best efforts, they have failed to get a diagnosis. 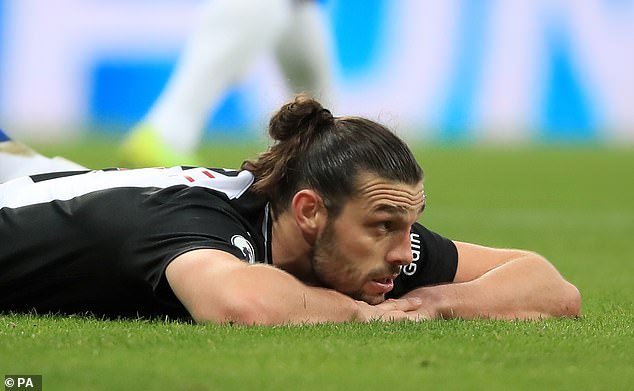 Carroll did return from a brief lay-off to feature in seven games over December and early January but has now been sidelined for a month and will miss Sunday’s trip to Arsenal.

‘The frustration for us all is that, just as we thought we were getting Andy back with those seven games, unfortunately he volleyed a ball in training and hasn’t been the same,’ said Bruce, who has just fit striker, one-goal Joelinton.

‘We haven’t been able to get a diagnosis for him really, which is a frustration. I don’t think it’s actually the hip itself. If I knew what it was…

‘The big problem for us is that Andy is still not right. That’s a concern going forward. We’re not putting a timescale on it, that’s just the way it is.’

Carroll rejoined his hometown club on August deadline day, signing an incentivised pay-as-you-play deal that expires in the summer.

The 31-year-old told Sportsmail in December that he was determined to win a new contract. That statement came amid a run of impressive starts and game-changing cameos from the bench. 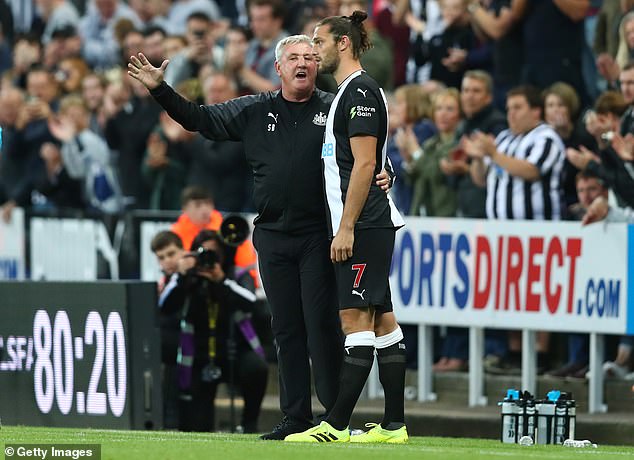 But Bruce says any talk of a new deal has been shelved for now.

‘The big thing is to get him fit and see,’ he added. ‘Let’s hope we can get him right. Let’s hope he can be two or three weeks, but we can’t put a timescale on it because we thought he was going to be alright for Arsenal, but then he had a setback unfortunately.

‘It’s frustrating for all of us, especially Andy, who is disappointed over something you think is nothing. But then again, they are sometimes the complicated ones.’

Carroll’s career has been plagued by injury, and Bruce said: ‘Unfortunately, Andy has been dealt a cruel hand, and certain players go through their careers like that.

‘But there was a time before Christmas when he made a few assists and started a few, and that’s exactly why we brought him in.’ 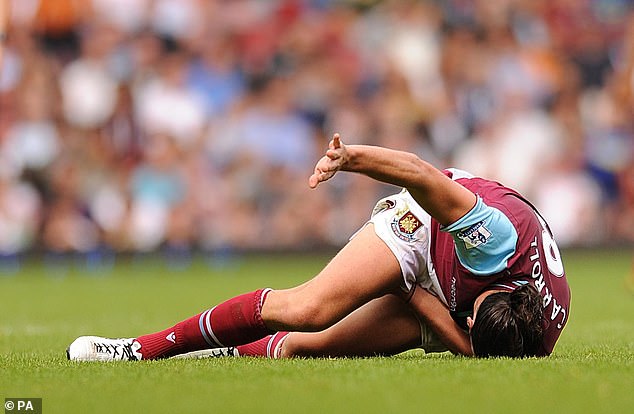